On the afternoon of October 6, Huizhou KTC Technology Co., Ltd. (hereinafter referred to as "Huizhou KTC") conducted the fire drill in the third-phase factories, warehouses, and offices, with the aim to improve employees' fire emergency capability and ensure the safety of personnel and company properties.

The content of this fire drill included emergency evacuation, fire extinguishing, and the use of fire equipment. Mr. Wu, a leader of Huizhou KTC, served as Chief Fire Officer to organize fire command, evacuation teams, workshop emergency teams, communication team, first aid team, and the equipment team to conduct the fire drill in an orderly manner.

After receiving the fire alarm, the security center launched the program for fire extinguishing and personnel evacuation at once. The alarm bell rang, guiding employees in different areas to evacuate to the company's basketball court within a limited time. After employees gathered in designated areas, the fire commander summarized and evaluated the employees' performance during this fire drill.

The fire drill has trained employees to use fire equipment and protect themselves in the fire, enhanced employees' fire safety awareness, and inspected the coordination capability of departments for handling an emergent event. Through this fire drill, employees' capability of responding to emergencies has been improved, which enables them to evacuate from the fire in an orderly manner, save their lives, and minimize the loss of fire accidents. 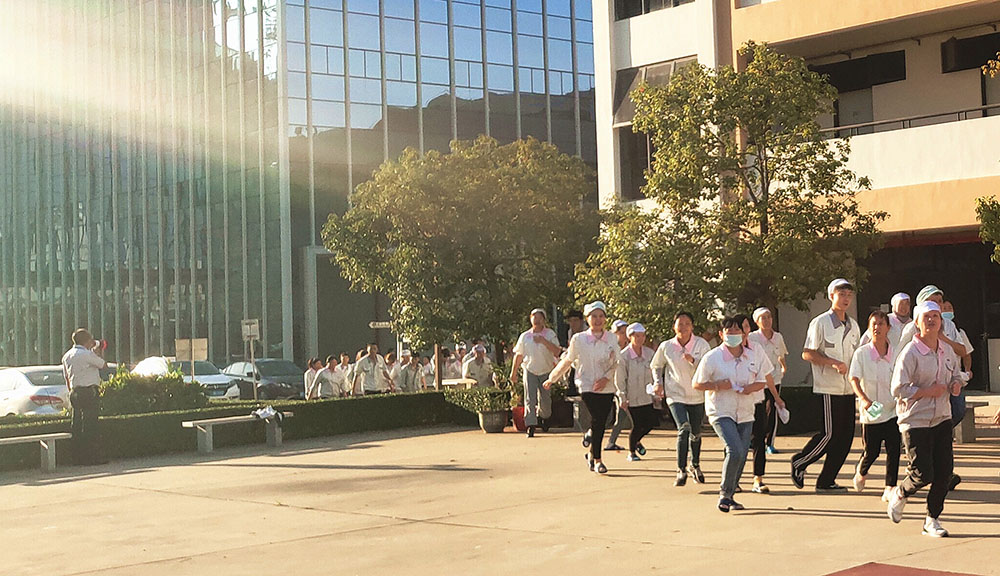