During the investigation, Director GAO Zheng and other leaders have listened to the report on the overall situation of the KTC Digital Terminal Industrial Park, and have learned about the development status and prospects of the KTC Park's digital terminal industry in terms of operating status, main business, and future planning.

Afterwards, Director GAO Zheng and other leaders have come to the KTC exhibition hall, President Li Yubin introduced to them KTC’s digital terminal products and its cultural application scenarios where “Science and Technology Aesthetics” is the development concept, integrating science and aesthetics, technology and culture and art, development and design. Director GAO Zheng has expressed his affirmation and expectation for KTC's strength and future development potential in the field of digital terminals.

KTC sincerely thanks governments at all levels for the recognition and support to KTC. In the future, KTC will continue to adhere to innovation as the driving force, promote the further integration of technology and culture, and improve at the same time the supporting services of the park, promote the coordinated development of the display terminal industry cluster, and create a national cultural industry demonstration park for the "Longgang Digital Creative Industry Corridor" , in order to make greater contributions to the development of the prosperous cultural industry. 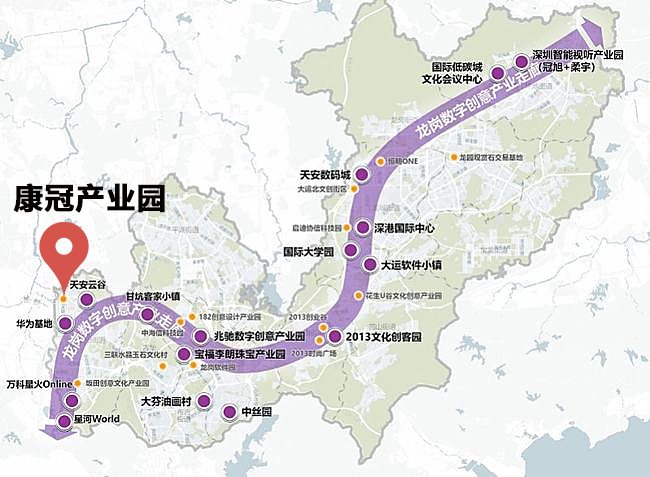 Share：
Previous：KTC, one of the "Top 100 Shenzhen Industry Leaders in 2021" Next：KTC products made a wonderful appearance at the 17th China (Shenzhen) International Cultural Industry Expo