KTC Digital Terminal Industrial Zone, an operation of Shenzhen KTC, has lately been recognized as a Cultural Industry Zone following thepublic announcement made by LonggangCRTTS (Culture, Radio, Television, Tourism and Sport) Department about the 2021 matrix of cultural institutions in Shenzhen, according to Administrative Measures and Recognition for Matrix of Cultural Institutions in Longgang District.

It was understood that the matrix of cultural institutions referred to the space that focuses on cultural industry, prominently featuring major area and orientation of the industry, well-equipped facilities, full of atmosphere and great cluster effect of cultural institutions or talents, and also played an exemplary role in the development of cultural industry in the district.This honor to KTC marks the recognition of the district leadership to the company and demonstrates KTC’s strength in digital panel display terminal manufacture.

With the aim of creating a new generation of IT, KTC Digital Terminal Industrial Zone has long been concentrating on high-end panel display R&D, promoting an industrial cluster of panel display, advancing its intelligent production line, strengthening the role of innovation for making breakthroughs in core technologies. Thus it has become an industrial zone bringing together all attributes such as design and R&D, scientific and technological innovation, HQ management, well-equipped facilities. Now four of businesses in the zone are recognized as National High-tech Enterprise, two of them as Longgangexemplary cultural enterprises.

The KTC zone has well equipped its two areas of office buildings and utilities with facilities and services such as laboratories and modern plants and provided KTC cultural businesses and its staff with spaces for R&D, production, offices and utilities such as recreation, staff accommodation and canteens, education, basketball courts, badminton stadiums and green spaces.

KTC will keep enhancing the capability of the zone, create an enabling environment for better-quality digital terminal industry and move towards a new generation of IT. It will also offer a larger range of cultural creativity products and services and a better international and domestic ecosystem of intelligent production for display digital terminal to help build a intelligent city and improve the overall strength of the district in an effort to make more contribution to building Longgang Digital Creativity Industry Corridor. 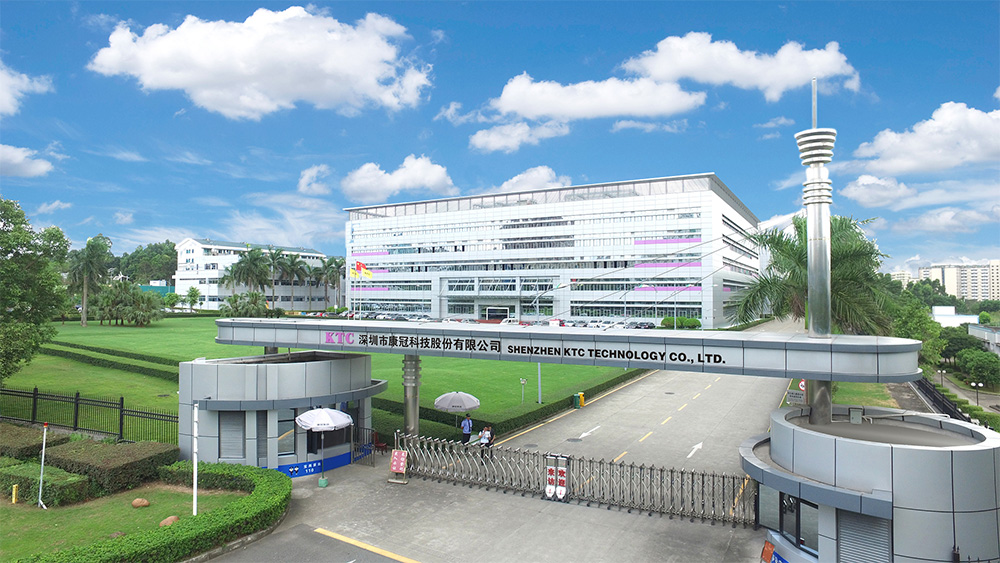 Share：
Previous：Mr. Chen Huamao and Mr. Li Zhenhua Winning the Honorary Title – Shenzhou One Hundred Striving Innovators Next：An Inspection Tour to Huizhou KTC Technology Made by a Delegation headed by Mr. LyuQuanzhou, the Memberof CPC Committee of HZZK High-Tech Zone and the Secretary of the Discipline Inspection and Supervision Office of the Committee in Huizhou, Guangdong Province