On the evening of August 5, 2011, a friendly match is staged in our badminton court between the teams of Sanyo and our company. This match not only enhances the communication between us, but also enriches the after-work life of the employees.

This match is composed of five items, namely, men’s single, women’s single, men’s double, women’s double and mixed doubles. Each item will put on two games. On the court, the teammates united and cooperated in a tacit way, sparing no efforts to compete with the rival. The entire friendly match displays an atmosphere of happiness, harmony and splendid struggle.

The entire match is a process of ups and downs, with two teams keeping neck and neck in strength. Our team enjoys the advantage of home court, but short in team history, so the teammates cannot cooperate with each other so well; while Sanyo team is “a mature team”, though competing as a visiting team, they seem full of fighting spirit. During the match, the two teams take the lead in scores alternatively; the atmosphere is very intense. After ten games of five items, the score is 5:5. At last, the two teams decide to stage an extra-time game for men’s single to determine the winner.

The extra-time game pushes the atmosphere of the court to the highest since the court was built. The audience surrounds the court, with loud cheer for the players. And the players in the court try all kinds of techniques to compete for the honor of their team. At last, our men’s double team, under great pressure of one game loss, tries hard to catch up and win two games in a row in the exciting cheers to turn the tables and set the score of the match at 6:5.

The entire match lasts more than 3 hours. The course of the match is more impressive than the result. After the match is over, the players of the two teams make exchange of ideas with each other, which has enhanced the mutual understanding between the players and shortened the distance between our company and Sanyo Company. This kink of match can enhance mutual friendship while playing games, which is very meaningful, also reflecting the cooperation philosophy of developing and making progress together. 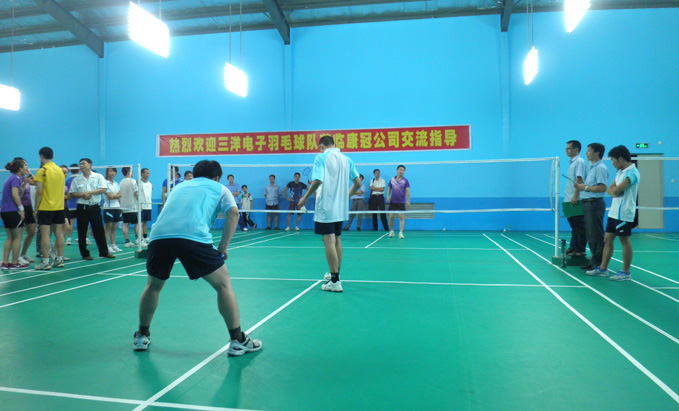 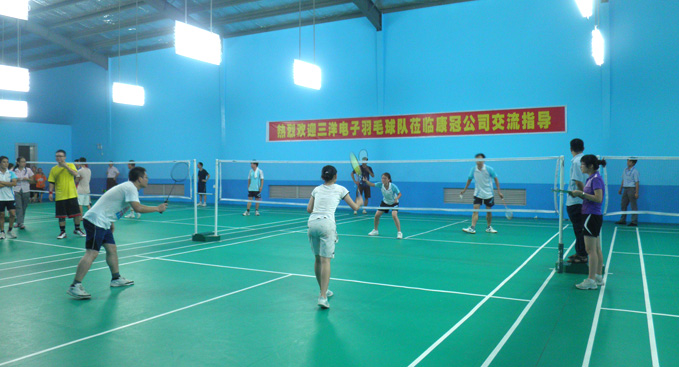